Are you always following the Short Ball? 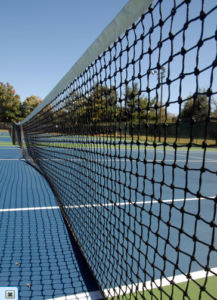 Many people who know me, know that I can often be fanatical about the sport of Tennis. I still play tennis regularly, and attend a weekly tennis drill at my gym when I can. I’ve been playing tennis in some shape or form since I was 9 years old (where I hit a ball to the side of my house growing up with my then wooden racquet!). I played until about age 21, and then took a break until about age 40.

For the past 8 years, my tennis practice and ability has grown quite a bit, and I feel like I play even better now than I did in my 20s.

Aside from honing my skills to get better at the sport, Tennis has taught me many lessons about life. Most recently, I received a very profound lesson when fate aligned and I happened to be the only participant in my latest group tennis drill – meaning that I would receive a private lesson from the teacher for the reduced price of a drill.

Within the sport of tennis, you could probably classify my style as a “serve and volley” approach. My serve is probably my greatest strength, as I can apply a lot of spin and speed to it when it lands in the court. This often is 1) too fast of a pace for my opponent to handle, 2) spins quickly out of reach after bouncing in the corner of the service box or down the middle, or 3) spins in such a way after the initial bounce, that it can bounce erratically into the body of my opponent, jamming them up.

In addition to my serve, because for much of my life I have been heavier in stature and often not as fit as my opponents, I often employ a technique of hitting a groundstroke strategically so that I can rush to the net, hoping to receive a volley that I can put away to end the point faster, rather than running back and forth for longer, more exhausting points. I’ll admit, I also love the Serve and Volley style because to me, it’s a real rush!

So back to my lesson last week…

In one rally with my coach, it was getting a little long for me, so I hit a backhand shot down the line that my coach needed to run to in order to return. His return was weak, and it bounced on my side in the front of the court. Naturally, because I was already moving forward, after I hit the ball to the other side, I took 3-4 steps in closer to the net, wanting to hit a volley as my next shot to win the point.

My coach easily hit a passing shot away from me, sending the ball out of my reach, down the line, and clearly in, meaning I lost the point.

He stopped quickly, walking up to the net, where he then asked me the following question:

“Why did you come to the net when you did?”

“You hit a shallow shot in the court that bounced within the service line. I was already moving forward, so it felt natural,” I said.

“But you hit an AWESOME backhand shot down the line right before that. One I had to run to get to. Why didn’t you rush the net THEN, before I hit the return back to you?” he asked.

This made so much sense to me, and I had seen other pros on television do this, but for some reason, I knew that my “pattern” of approaching the net was one of “reaction” to the short ball, rather than me seizing a real opportunity that I opened up for myself the shot before.

This lesson profoundly affected me, to say the least. Afterward, I started to examine a few of the choices I’ve made and the ways of working and being that I’ve been most “comfortable.”

“How many times do I ‘run to the net’ only when I’m reacting to the ‘short ball’ that lands in front of me?”

There are days in a row where I live according to the tasks that I see coming into my email inbox. I can sometimes find myself having to unexpectedly run an errand because I feel I ‘unknowingly’ run out of something. I often don’t chase or recruit those that I feel would be great clients that I could help immensely until they first contact me. The short ball often controls my life and momentum. It’s no wonder that often in my reaction to return this short ball, I sometimes am thrown off my game, as i see the next opportunity passing me by.

So, as my tennis lesson progressed, my coach would talk to me about “consciously” serving and volleying at times. We worked on my serve and mindset of how I would place it, and then how I would follow that serve and rush to the net. Those conscious serves were VERY different! Oh my! They were faster. They had a much LOWER bounce (meaning my opponent would need to bend their knees and likely hit upward in order to adequately return). And many times the spin and placement were EXACTLY where they needed to be.

“See what changes in your game when you change you mindset to one of clear intention, strategy, and a trust in your offense?” my coach would ask.

“I feel like I can make a conscious choice, and that feels very different to me. More empowering,” I said back to him.

As you might guess, this week has been one of major discovery about the “short balls” that have come to me in life, and how my reactive attention to them has led to patterns that I might hold.

In my holistic work and in my coaching work, one of the concepts that is often expressed is that “we have all the skills that we really need.” The key is that we have the confidence to believe this concept, embody all of our skills, and then CONSCIOUSLY use our skills and talents.

So I will throw this back to you, my dear readers. Are you finding yourself waiting many times for the “short ball” to come and land in front of you, or are you intentionally employing sound strategy and skill to reduce your instance of “reacting” in your life, your business, or your creative practice? 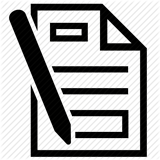 2. We'll set up a complimentary 30 minute phone consultation with you. 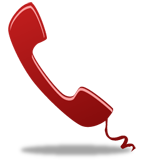 3. We both mutually agree if we will work together.

4. We both e-sign a coaching or consulting agreement form. 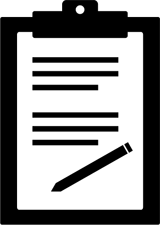 5. You purchase an initial block of prepaid time or coaching/consulting package from us. 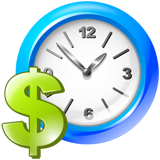